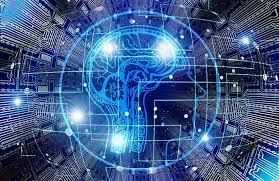 As cloud computing grows in sophistication and popularity, AI’s role in cloud growth is becoming increasingly prominent. 2022 has been a big year for digitization in general and no less for AI advancement.

Several big things have come out this year that are making waves in the world of cloud computing. The combined growth in these two areas is so great that they are projected to become the most valuable IT investment globally within the next few years.

Since its inception, AI has been developing continuously to make our lives easier. This is no less true for its role in the cloud.

The algorithms used in AI are constantly being refined to make data classification and analysis simpler. This in turn is allowing individuals and businesses to make faster, more informed decisions with less cost and effort.

In addition, growth in AI platforms and applications is enabling companies across industries to grow their businesses at a heretofore unforeseen rate.

IoT – The Internet of Things encompasses a wide range of devices and machines that use network-activated sensors to perform their functions. Smart TVs, cars, and even medical devices are part of this world.

Including cloud services in the IoT is allowing for an exponentially greater number of sensors to be connected and utilized, importing much higher amounts of data than before to a much larger number of sensors. This trend is only expected to grow, and it will consequently increase the scope and capacity of the IoT.

SaaS – SaaS, or software as a Service, is known to be an efficient way for businesses to utilize software on an as-needed basis without having to commit large amounts of time or money. With SaaS, the software is made available either on a short-term basis or even online, rather than by purchase as a permanent item.

PaaS – Platform as a Service is another exciting area where AI advancements have taken off this year. With the use of AI, web design and mobile app development have enabled businesses to streamline their platforms with greater and greater degrees of precision.

Utilizing machine learning and deep learning (neural networks intended to simulate activities of the human brain), PaaS applications allow businesses to customize and streamline their applications according to their own specific needs. This customization improves business efficiency and allows employees to feel that their needs are being met.

IaaS and AIaaS – Infrastructure as a Service is a popular option for businesses that don’t want to spend a lot of money on costly physical infrastructure. IaaS allows businesses to utilize the storage capacity, networking architecture, and servers of a cloud, making their operations infinitely smoother and more streamlined than before. Like its counterparts SaaS and PaaS, IaaS is making business cheaper, easier, and more efficient with each successive advancement.

Although the concept has been around for some time, AI’s recent advancements have made IaaS even more popular. AIaaS (AI as a Service) providers outsource AI to businesses on cloud so that they can utilize its functions for certain predetermined periods of time, rather than having to invest in AI services at full price.

In 2022, improved automation techniques have allowed big-data analytics to be conducted at much lower costs, thanks to AIaaS.

Cognitive clouds – One of the most exciting aspects of AI these days is the advancements it is making in the simulation of cognitive tasks.

Recently, AI and cognitive computing have made big strides in a surprisingly wide range of industries, from retail to smart grids to healthcare. The storing of data on a cloud enables its wider and more integrated utilization.

Cognitive bots – Otherwise known as conversational AI bots, these small windows appear when you click on a site’s chat icon and have often had mixed reviews. While known for being helpful in addressing certain kinds of basic questions, they can sometimes be infuriatingly off-base when it comes to dealing with unusual requests.

The good news is that cognitive bots are becoming much “smarter” these days. They are programmed to detect things like emotion, voice recognition, and other features critical for determining the exact nature of a given interaction.

2023 should see an even greater increase in the influence of AI on the cloud. As businesses realize the advantages of ditching old-school hardware and software in favor of continuously evolving technological advancements, more and more companies will start to take off.

Beyond applications like the IoT, SaaS, PaaS, and the like, we are likely to see even more new trends in AI that we haven’t even imagined yet.

Companies and individuals are increasingly utilizing the tools of the future to their advantage. Don’t let your business fall behind and be among the last to see their benefits.