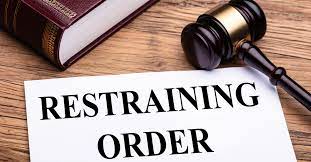 Restraining orders are a tool that is used by law enforcement to keep a person within the boundaries set forth by the law. In many instances, they are issued when a person is deemed to have committed or threatened criminal offenses against another individual (known as “plaintiff”) and has gone about their business as though nothing had happened. In addition, restraining orders are often requested in cases where domestic disputes have led up to physical violence and even death.